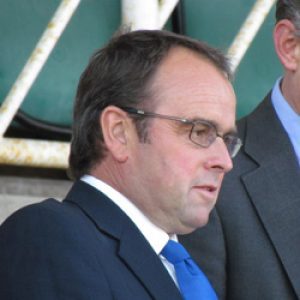 Born in 1966, Alan is a farmer’s son who has nurtured a passion for racing from an early age. As a teenager he went to work at David Nicholson’s Condicote yard, where he soon became Assistant, a position Alan would keep until the ‘Duke’s’ retirement 15 years later.

It was in December 1999 that he took out his own licence at Jackdaws Castle, where he trained 31 winners in six months. These included Anzum, who won the Grade 1 Long Walk Hurdle at Ascot and Relkeel, winner of the Grade 2 Bonusprint Hurdle at Cheltenham.

On 1 June 2000 Alan moved to Barbury Castle, which has since been improved and expanded in the quest for more winners. He has also made Barbury Castle into a home for his young family. Alan met his wife, Rachel, when they both worked for the ‘Duke’ and they were married in Antigua in 1997. They have a son Henry and a daughter Georgia.

Alan is the country’s top dual purpose trainer and in 2022 recorded a historic win with Trueshan in the Northumberland Plate, as well as Grade 1 winners over obstacles. 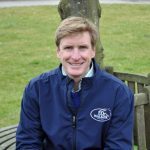 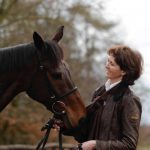