Novelty is by the Champion Racehorse of Europe New Approach, a son of the awesome Galileo, who won five Group 1 races for Jim Bolger. Going to stud with significant expectation he has not disappointed, siring numerous classic winners such as Dawn Approach, Talent and Masar. The latter emulated New Approach himself when taking last year’s Epsom Derby.

The dam, Welsh Angel, is a daughter of the great broodmare sire Dubai Destination who
hails from the wonderful family of the top class middle distance fillies Cerulean Sky and Moonstone. At stud, she looks a highly promising broodmare, siring three horses rated 95 or more from four runners. Two of these, Scarlet Dragon and Commander Cole, are rated over 105 with the former a redoubtable character under both codes for Eve Johnson-Houghton and now Alan King. Both of these could boost the pedigree further over the coming seasons whilst the dam’s current two-year-old (an unnamed colt by Helmet – who we liked at the sales last year interestingly) is well regarded and expected to make his debut shortly for Paddy Twomey in Ireland.

We bought this filly at the Tattersalls Book 1 Yearling Sale. 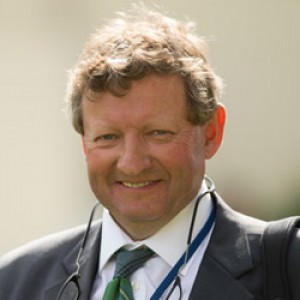 Mark Johnston is Britain’s leading racehorse trainer, having overtaken Richard Hannon snr's record in 2018, a year in which Mark beat some of his own records by training 222 winners and earning over £4.5m in domestic prizemoney. He sure knows how to win.