Magical Memory is a very good looking son of Zebedee who has been well regarded by Charlie Hills since he first arrived at Faringdon Place. He won his maiden at the fourth attempt having previously been second to the very smart Ivawood. Now a winner at two, three, four and five he is a sprinter with an impressive CV.

After his Leicester win over 6 furlongs in his 3yo season, he headed for a crack at the valuable sprint handicap at York, where he ran a decent third. He followed this up with a super win in the Betfred Mobile (Heritage Handicap) at Newmarket (July) under Frankie Dettori. He then went on to win the Qatar Stewards’ Cup (Heritage Handicap) at Glorious Goodwood again under Frankie, something a three year old has not done since the high-class Danetime in 1997.

He then stepped up to Group 1 company and was third in the Haydock Sprint Cup. In 2006 he won both the Abernant Stakes (Group 3) and Duke Of York Stakes (Group 2). In 2017 he has been second in the Duke Of York and won at Haydock and won the Hackwood Stakes (Group 3). He has now won a total of eight races and £513,930 in prize money to be KVT’s highest ever earner. He was side-lined with an injury over the last 18 months, but his rehabilitation is going very well and he is likely to return to full training with Charlie in February 2020. 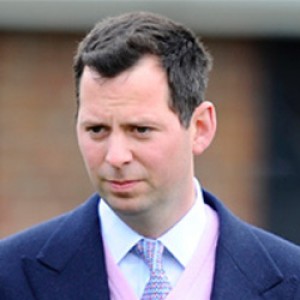 Charlie is a classic and multiple Group 1 winning trainer, who has had the likes of Just The Judge, Battaash and Muharrar under his care. Part of the Hills family dynasty he is a master trainer of very fast horses.

shares available at  each 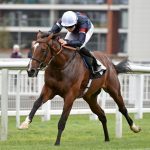